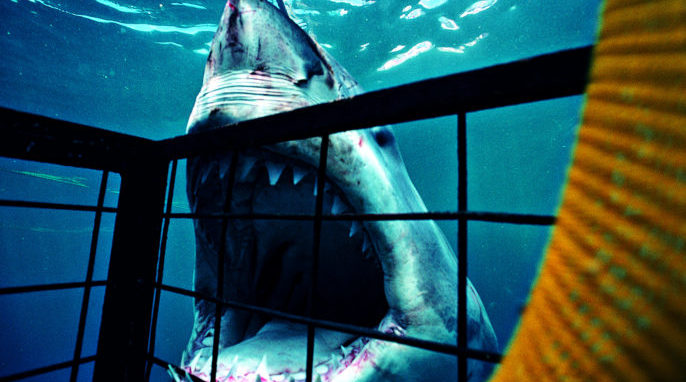 Shark teeth come in many different shapes and sizes. Some are triangular, some have notches or curves, and some are shaped like spikes. But how do they work?

For as long as humans have walked the earth, we have been fascinated by shark teeth. Sharks are famous for their biting skills. These predatory fish are equipped to efficiently dismantle prey including marine mammals, sea turtles, and seabirds.

Sharks have been around for approximately 450 million years and haven’t changed a whole lot in that time. Today there are more than 400 species of sharks, and each has uniquely shaped teeth. Some are triangular, some have deep notches or curves, and others are shaped like spikes. But aside from how the teeth look, do they differ in how they pierce and cut tissue?

A Head Full of Teeth

Generally, predatory animal teeth are adapted to best catch and eat the animal’s prey. Researchers from the University of Washington recently set out to better understand why sharks sport such a wide variety of tooth shapes. The researchers headed for the UW’s Friday Harbor Laboratories on San Juan Island, then attached shark teeth to a power saw to try them out.

HOW DO BIG SHARKS BEAT CANCER?

It quickly became clear that the shark teeth alone were not telling the whole story. Sharks shake their heads around a lot when they bite their food, so evaluating how shark teeth work while in side-to-side motion was key. “When you have all these different tooth shapes, there should be some functional reason. That issue was fundamentally troubling to me,” says Adam Summers, a UW professor of biology and of aquatic and fishery sciences. “It seemed likely what we were missing is that sharks move when they eat.”

How Do You Test Shark Teeth?

Getting the speed right was very important. When tissue is bitten and shaken during a shark attack, the tissue doesn’t always behave the same way. Think of the Silly Putty that you played with as a child—it could stretch into a long, stringy piece when slowly pulled apart, but snap apart when yanked at a much faster speed.

“It is really important to test biological materials at strain rates that are high enough to mimic how the predator and prey tissues would actually behave in real life,” says Stacy Farina, a postdoctoral researcher at Harvard University and an adjunct lecturer at Shoals Marine Laboratory. “We asked ourselves, how do we safely and effectively move these teeth back and forth quickly? The quick and dirty way was, glue them onto a power saw. It was a simple solution to a complicated problem.”

Summers and his collaborators glued three different types of shark teeth to the blade of a reciprocating power saw, then cut through thick slices of Alaskan chum salmon in a way that mimicked the head movement of a shark in the middle of a meal.

“Sure enough, when we cut through salmon, different teeth cut differently,” Summers says. “We found a way to distinguish between this huge morphological difference we see among shark teeth in nature.”

The researchers also noticed that sharp edges of some species’ teeth wore out more quickly than those of others. The teeth of tiger sharks and silky sharks dulled especially quickly—after only a couple of uses—suggesting that these sharks must replace their teeth after every meal. Teeth from the bluntnose sixgill shark, on the other hand, seem to be built to last longer. They didn’t cut as well as other shark teeth, but they also didn’t dull as quickly.

SHARKS MAY HAVE PERSONALITIES

“There’s this trade-off between sharpness and longevity of the tooth edge,” Summers explains. “It looks like some sharks must replace their teeth more often, giving them a consistently sharp tool.”

The results of this study were published in August in the journal Royal Society Open Science. The study was funded by the University of Washington and the National Science Foundation.