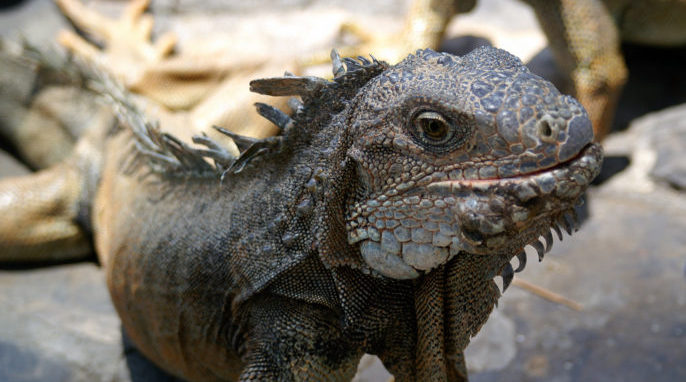 Best for: General science audience, age 12 and up

Tui De Roy wrote the first edition of this book to commemorate the 50th anniversary in 2009 of the Charles Darwin Foundation’s establishment in the Galapagos Islands. The second edition updates multiple chapters with new photography and information on scientific developments.

The book consists of a prologue by author Tui De Roy; a foreword by Sarah Darwin, descendant of the famous scientist and also a researcher in her own right at the Natural History Museum in London; “Galapagos Plan” by the provincial governor of the Galapagos; “Science for the Galapagos” by the executive director of the Charles Darwin Foundation; and 28 chapters by scientists highlighting their research and restoration efforts. There are over 600 original photographs from Tui De Roy and the contributing researchers.

All the chapters are written by experts who have spent years researching their topics. They communicate clearly, in typically five to eight pages of text, about their subjects and what makes the Galapagos unique. These scientists have written under De Roy’s editorial direction in a manner suitable for a general audience. Some of my favorite chapters were on the marine iguanas, Darwin’s finches, the Galapagos hawk, and biological control with ladybirds.

The chapter on the Galapagos hawk describes the dominant land predator in the insular ecosystems. The hawks demonstrate differences in their populations on the various islands. On some islands, the hawks are monogamous, as is typical with hawks elsewhere, while on Pinta and Marchena islands they are polyandrous, where one female mates with a group of adult males. It’s quite a fascinating read and accompanied by excellent photography.

The biological control chapter demonstrates the care scientists took in investigating the effectiveness and ecological impact of introducing the ladybird beetle to control a rampant introduced scale disease. This chapter gave insight into the concerns and tradeoffs scientists considered, and the measures they took, in deciding whether or not a nonnative predatory insect could be released on the islands.

The book brings a sense of the Galapagos Islands’ fragility and uniqueness to readers. This helps support researchers and conservationists by increasing public awareness of the flora and fauna in the Galapagos.

I highly recommend this book to a general audience. Galapagos: Preserving Darwin’s Legacy will invigorate curious minds to strive to understand and celebrate nature. The book will appeal particularly to people interested in the natural history, ecology, and species diversity of the Galapagos Islands. Researchers discuss their work in easily accessible language in 28 articles on varied topics. All articles are accompanied by breathtaking photography. Readers can easily pick and choose topics of interest without depending on content in other chapters, making the book ideal to read even on a busy schedule. I’m confident that readers will not only be personally stimulated by the book but will also find something exciting in it to share with family or friends.

Tui De Roy, a long-term resident of the Galapagos Islands, moved there with her parents at the age of two. She is a world-renowned, award-winning wildlife photographer and writer, as well as an acclaimed conservationist. De Roy was a founding fellow of the International League of Conservation Photographers. Her work has been published in more than 40 countries, with seven large-format books on the Galapagos; others on the Andes, Antarctica, and New Zealand; and two other Bloomsbury books: Albatross and Penguins. She currently resides in New Zealand and works commercially as a freelance nature photographer as part of Roving Tortoise Worldwide Nature Photography.

Featured photo of a Galapagos iguana courtesy of Frank Am Main via Flickr. Cover art of book courtesy of Bloomsbury Natural History.