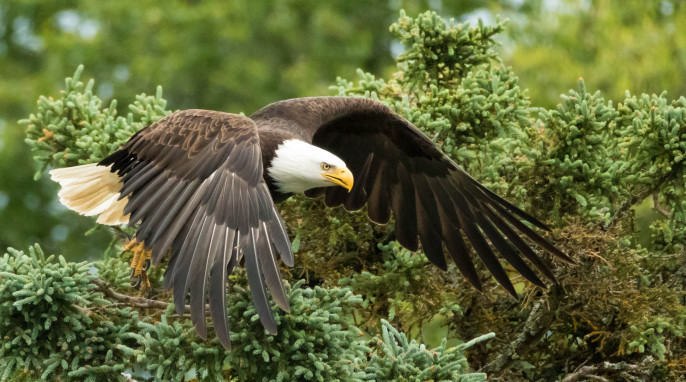 During my last trip through Alaska, I was primarily focused on photographing the wild grizzly bears as they fished for salmon. I soon realized, however, that the salmon and bears were not the only animals around. All of a sudden, a magnificent adult bald eagle leapt from it’s nest directly across from me, and flew low over the river. 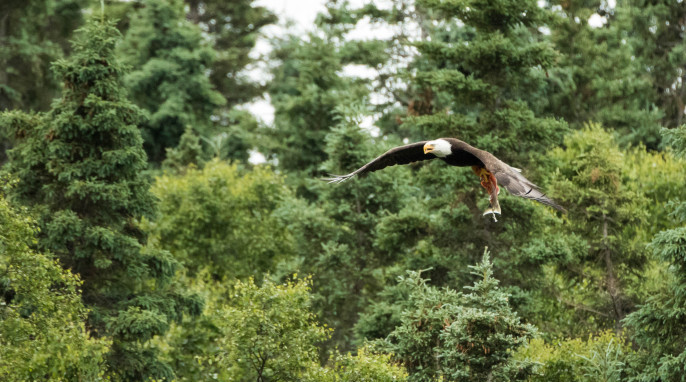 After a long day of watching the bears, my father and I started to walk back to our cabin at Brooks Lodge. He decided to head all the way back, while I climbed the lookout tower to see what I could see. Just as I was beginning to pack up, an eagle started flying towards me with something in it’s talons. As it flew closer, I saw it was a partial salmon carcass! Usually, whole salmon are too heavy for the eagles to carry. The bears were mainly interested in eating the salmon eggs and brains, often discarding the rest. That’s why the bald eagles would wait further down river from the bears, waiting for a half eaten salmon to float by. Yum! 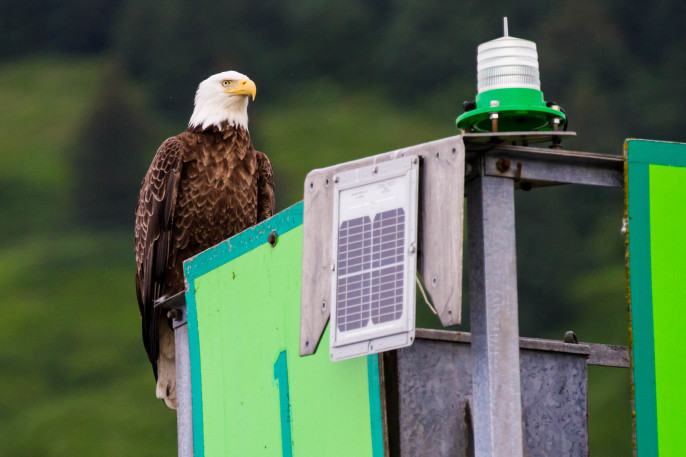 While in Kodiak, Alaska, I took a boat ride around the Kodiak Harbor and the surrounding shore line. Back in Illinois where I’m from, bald eagles are rarely seen. But in Kodiak, they seemed to be everywhere! 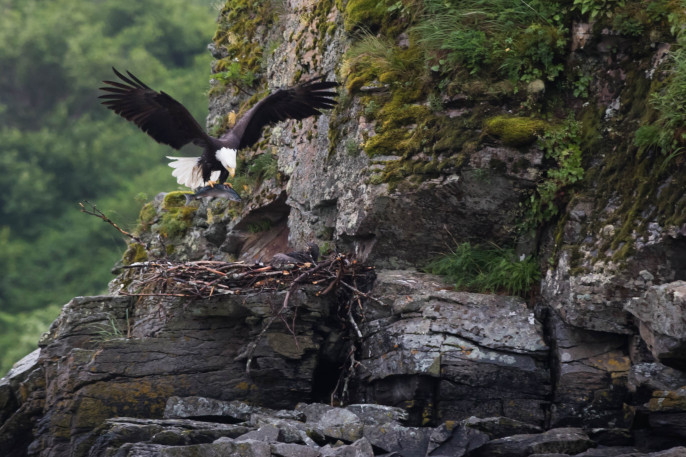 On the last day of our trip, my father and I went on a skiff ride around Kukak Bay in the pouring rain. As we rounded a point, there was an eagle nest on a little island in the middle of the bay. As we were watching the eaglets pop their heads out of their nest, off in the distance we saw an eagle flying very slowly towards us, and flapping hard. Turns out, the eagle was bringing an entire salmon back to the nest! Our guide said he had never seen that before, as usually the eagles only feed on the salmon that have been half eaten already by other predators, such as grizzly bears. An adult king salmon can weigh over 100 pounds. 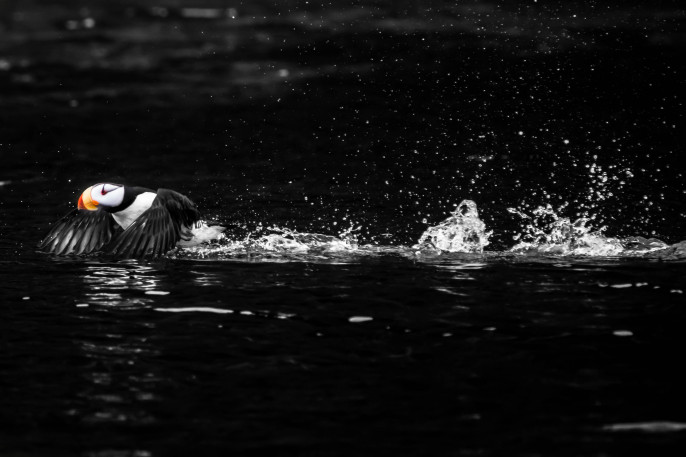 As we boated around Kodiak Island, I noticed a bunch of black dots on the horizon. Those dots turned out to be the birds I was looking for: puffins. I didn’t know it yet, but the puffins were going to be the most difficult animal to photograph during my entire time in Alaska. As the boat neared the birds, they leapt out of the water and flew by surprisingly fast. Given their speed, plus the fact I was free-holding (without a tripod) a eight pound lens on a moving boat, it’s no wonder that most of my shots came out blurry. But I did get a few good photos of these beautiful birds! 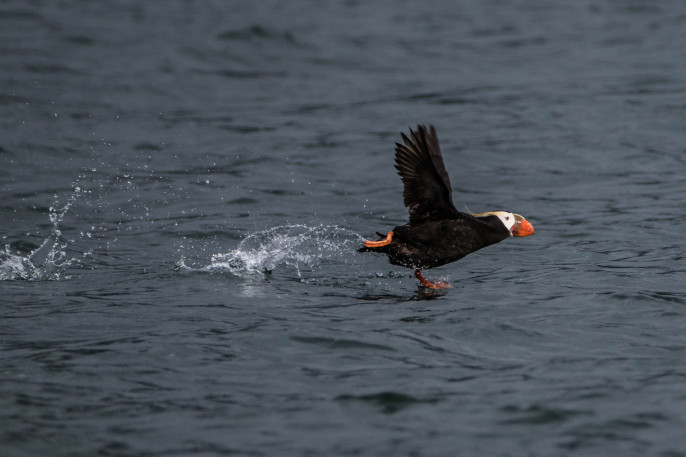 In order for the puffins to take off from the water, they first had to “run” across the top of the water to build up enough speed. It was comical to see the wake a whole flock of these birds would make as they all launched themselves into the air.