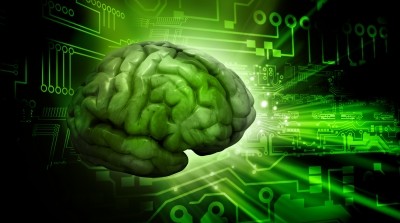 Researchers say to get ready for brain-like computers that can learn and adapt. Computers that function like a human brain could be reality.

Computers that function like a human brain could soon become a reality thanks to new research using optical fibers made of speciality glass. This research has the potential to lead to faster and smarter brain-like computers that can learn and adapt.

Researchers from the Optoelectronics Research Centre (ORC) at the University of Southampton, UK, and Centre for Disruptive Photonic Technologies (CDPT) at the Nanyang Technological University (NTU), Singapore, have demonstrated how neural networks and synapses in the brain can be reproduced with optical pulses as information carriers, using special fibers made from light-sensitive glass.

“Since the dawn of the computer age, scientists have sought ways to mimic the behavior of the human brain, replacing neurons and our nervous system with electronic switches and memory. Now instead of electrons, light and optical fibers also show promise in achieving a brain-like computer. The cognitive functionality of central neurons underlies the adaptable nature and information processing capability of our brains,” says Dan Hewak from the ORC.

Today’s computers are more than a million times less efficient than our human brains. Simulating a mere five seconds of brain activity takes the fastest computer 500 seconds and 1.4 MW of power. That’s much more energy than the calories burned by the human brain.

Using conventional fibre drawing techniques, the researchers have demonstrated that microfibers can be produced from sulfur-based glass, also known as chalcogenide. These fibers can be switched on and off, a function that can be used by a variety of next generation computing applications to process vast amounts of data more efficiently.

“By going back to biological systems for inspiration and using mass-manufacturable photonic platforms, such as chalcogenide fibers, we can start to improve the speed and efficiency of conventional computing architectures, while introducing adaptability and learning into the next generation of devices,” explains Behrad Gholipour.

By exploiting the material properties of the chalcogenides fibers, the team has been able to imitate a variety of biological brain functions, paving the way for a more brain-like computer.

These findings have been published in the journal Advanced Optical Materials, The project was funded by Singapore’s Agency for Science, Technology and Research (A*STAR) Advanced Optics in Engineering program. The work was conducted at The Photonics Institute (TPI), a dual institute between NTU and the ORC.