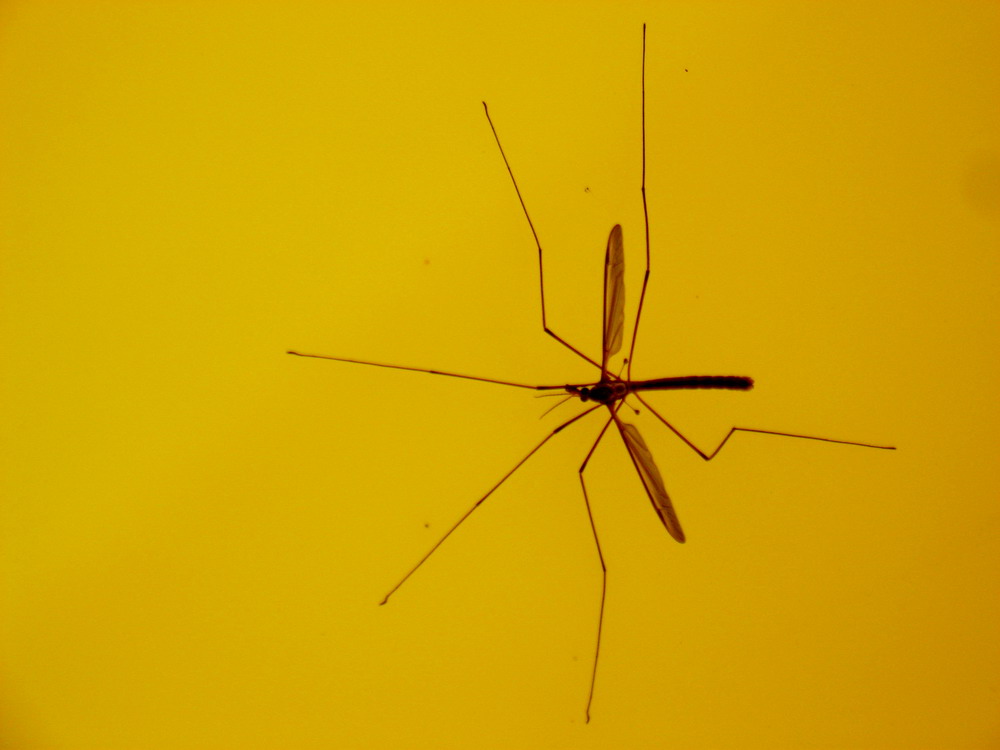 Are you wondering if the well-known mosquito eaters actually eat mosquitos? Find out the answer to this question and more.

Have you seen many of these leggy insects hovering around your windows and doors lately? It’s none other than the humble, light-loving crane fly, also known as the mosquito eater. Have you ever seen a mosquito eater actually eat a mosquito? No? Well, that’s because that particular nickname is deceptive.

Despite their colloquial moniker, crane flies do not prey on mosquitoes. And fortunately, contrary to popular misconception, they do not bite humans. In fact, adult crane flies have a very limited diet, feeding on nectar, or simply not feeding at all. Once they become adults, most crane fly species exist only to mate and die. Their lifespan is short, ranging from only 2 to 15 days, depending on environmental factors.

Mosquito Eater Larvae on the Pitch

Crane fly eggs hatch into larvae, known as “leatherjackets”, “leatherbacks”, “leatherback bugs” or “leatherjacket slugs.” They are occasionally considered a mild turf pest because they consume grass roots as they mature. For the most part, the incubating larvae cause few problems, unless they infest arable land, or choose a sports field as their hatching site. In 1935, several thousand leatherjackets had to be meticulously picked out by staff at Lord’s cricket ground in London. The pest caused bald patches on the pitch, which gave the cricket balls an unusual spin for much of the that year’s season.

Mosquito eaters may not eat the mosquitos for which they are named, but they are a valuable food source for other insects, birds, and amphibians. Fish also find mosquito eaters irresistible to eat, making them popular with anglers — something to remember next time you go for one of the gangly insects with a rolled up magazine!

Study Mosquitos as a Citizen Scientist

Spring is a great time to start using the GLOBE Observer Mosquito Habitat Mapper.   Have you noticed any mosquitoes yet? In the Spring, mosquitoes are buzzing in many parts of the United States. The link below will take you to more information about when mosquito season starts in different parts of the country. You can track how mosquito season moves from south to north each year as the weather becomes suitable for the insects to hatch and breed.

Is There Anything Good About Mosquitos?

Did you know that some scientists are using proteins in mosquito saliva to fight dengue fever? Mosquito saliva contains large amounts of D7 proteins. Our immune systems detect those proteins and make antibodies to fight against them. People who are frequently bitten by mosquitoes may have high levels of antibodies against D7 proteins. Research may lead to protection against dengue fever.