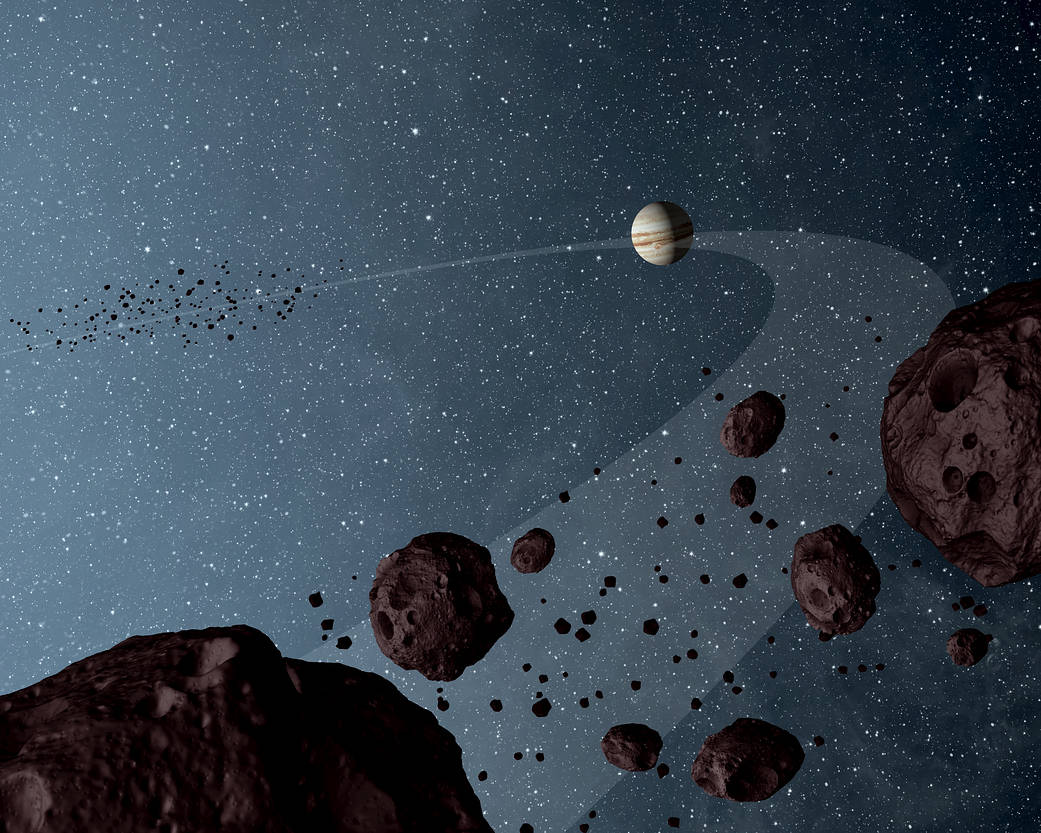 On any given day, about 90,000 kilograms of dust and small rocks hit the Earth. What happens when something larger is on a collision course with Earth? That’s what Asteroid Hunters is about.

Recommended for ages 12 and up

You may remember February 15, 2013 as the day when a small, rocky asteroid 20 meters in diameter exploded due to air pressure and heat at an altitude of 38 km. The event was captured on many dash-cams near Chelyabinsk, Russia, 53 km from the explosion. It took two minutes for the shock waves to arrive in Chelyabinsk. Over 3,600 windows shattered, resulting in injuries to several people. Just how powerful was this blast? Scientists have estimated that the explosion was approximately equivalent to detonating a 500-kiloton nuclear device.

Dr. Nugent is an asteroid hunter

Carrie Nugent is one of many scientists searching the skies for asteroids. These scientists want to find as many asteroids as possible that are 140 meters in diameter and larger. Asteroids 140 meters in diameter are large enough to destroy a small- to medium-sized country. These asteroid hunters catalog, track, and calculate orbits of the objects they find. Why is that important? “Unlike earthquakes, hurricanes, or volcanic eruptions, asteroid impacts are a natural disaster that can be precisely predicted and, with enough time, entirely prevented.” Given enough time, humans as a space-faring species could divert an asteroid on a collision course with Earth.

First rule of an asteroid hunter: never look at the sun

Nugent describes multiple ways scientific teams look for asteroids in visible light, with infrared, and even with radar. They all follow the second rule of asteroid hunting: communicate what you see! That way more observations can be made to confirm the orbits, sizes, and composition of the asteroids.

Most asteroid hunter teams are ground-based, but Dr. Nugent’s team uses the NEOWISE space-based telescope. WISE, the Wide-field Infrared Survey Explorer, was originally launched to survey the sky in multiple infrared wavelengths. When the coolant for the cameras ran out, the telescope could no longer take long exposures. It was repurposed to look for Near-Earth Objects—asteroids and comets passing into the inner solar system—and became NEOWISE, the Near-Earth Object Wide-field Infrared Survey Explorer. To perform this search, NEOWISE takes a photo every 11 seconds. One advantage NEOWISE has compared to ground-based telescopes is a sun shield. This allows the telescope to look closer to the sun than ground-based surveys can. Another advantage is that it can look at these objects in infrared (heat). Ground-based telescopes searching in visible light can only tell how bright an object is and guess at the size of the object. If the asteroid has a very dark surface, then the amount of light reflected may be very low. So a bright, icy object 1 km across may have the same brightness as a dark object 10 km across (about the size of the asteroid that terminated the reign of the dinosaurs 65.5 million years ago). NEOWISE can observe in the infrared and accurately determine the size of the object because infrared emissions are a function of surface area and not visible light reflectivity. NEOWISE has observed over 158,000 known Near-Earth Objects and discovered more than 30,000 new objects.

What can we do about approaching asteroids?

As a thought experiment, suppose that scientists detect an asteroid somewhere between Mars and Jupiter with an orbit indicating it will hit Earth in several years. What can we do? Nugent discusses multiple approaches available to humanity. Unlike in Hollywood films, we would probably not use nuclear weapons, except as a last-ditch effort. At the velocities involved in intercepting an object on a collision course with Earth, detonating a nuclear warhead would come down to a matter of milliseconds. We’re probably better off using kinetic energy impactors, essentially shooting the asteroid with a “bullet.” Scientists have successfully shot small impactors into comets and even landed a surface probe as part of scientific missions. The same techniques can be used with a much larger impactor while the asteroid is still far from Earth.

Another method Nugent describes is the use of “space tugs” to change the orbits of asteroids. The asteroid and the space tug will exert a mutual gravitational influence. Through controlled burns, the space tug can shift the center of gravity between them gradually modifying the asteroid’s trajectory. One day this method might even be used to move asteroids into orbits useful for mining.

One little book, one giant topic for humanity

There’s a lot to like about this book. It’s short enough to read in a single sitting. The orbital calculations required to precisely predict an asteroid’s path are complex; reading about the subject is not. Nugent does an excellent job covering types of asteroids, what happens when one hits the Earth, the various teams hunting for asteroids, their toolkits, and what we can do if an asteroid or comet is on a collision course with the Earth. It’s an enjoyable, educational read by an eloquent asteroid hunter.

BOOK REVIEW: SCIENCE BY THE PEOPLE

Dr. Carrie Nugent is an asteroid hunter who works with a small team to discover and study asteroids at Caltech / IPAC. She earned her PhD in Geophysics and Space Physics from UCLA in 2013 and is a 2016 TED Fellow. Specializing in thermophysical modeling, Dr. Nugent uses observations from the space-based infrared telescope NEOWISE to better understand asteroid surfaces. Asteroid 8801 Nugent was named in her honor. In her free time, Dr. Nugent hosts and produces Spacepod. On this weekly podcast she invites astronomers, planetary scientists, and engineers to sit, share a drink, and tell the world about their corner of the cosmos.