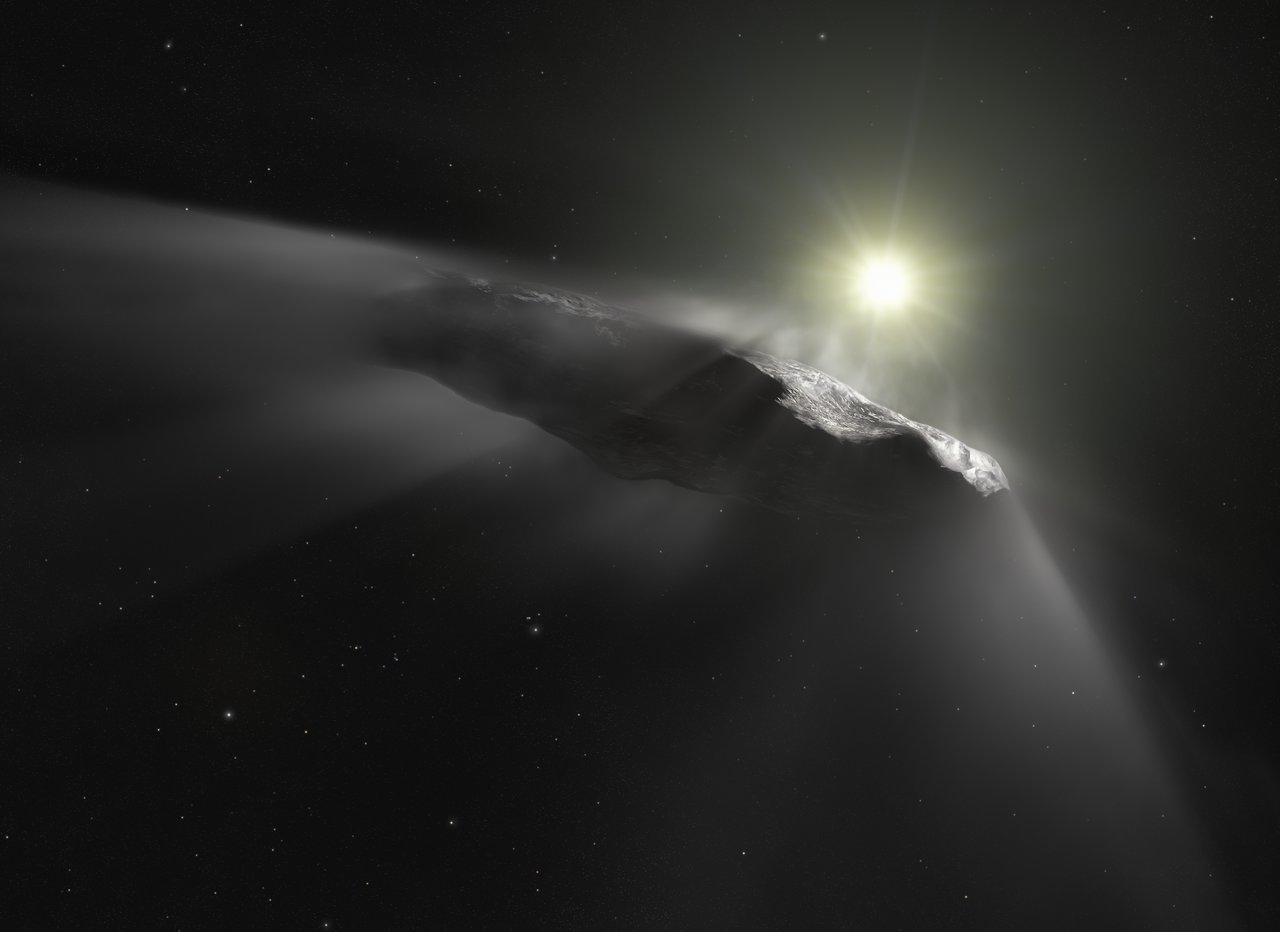 Oumuamua is an asteroid traveling so fast, it could go from the moon to the earth in 73 minutes! See the speedy asteroid with the U. of Hawaii telescope.

First asteroid of its kind

In October 2017, Oumuamua—or 1I/2017 U1—became the first interstellar asteroid detected by humans. It also changed how comets and asteroids are named. Comets’ technical names begin with the letter C, while asteroids have the letter A. Following Oumuamua’s discovery, the International Astronomical Union introduced the letter I to designate interstellar objects.

What do we know about Oumuamua?

Oumuamua, which means “a messenger from afar arriving first” in Hawaiian, was discovered on October 19, 2017, by the University of Hawaii’s Pan-STARRS1 telescope. The telescope is part of a NASA-funded program to discover and track asteroids and comets near Earth’s orbit. Initially, scientists were not sure what the object was. It was first classified as a comet while details about its orbit and composition were still being worked out. Later, scientists decided to reclassify it as an asteroid due to the lack of visible comet activity. Scientists also could not measure a cyanide gas emission, typically seen in outgassing from comets formed in our solar system.

Oumuamua has a dull red color. Scientists think its surface was reddened by cosmic rays while it is travelling through interstellar space. The object is dense and rocky or metallic, with little dust or ice detected. No coma of dust and gas from Oumuamua is visible in telescopes, as would be the case with a typical comet.

Oumuamua is moving on an open hyperbolic trajectory with an eccentricity of 1.23 through our solar system, which is why astronomers were quickly able to identify it as an interstellar object. Orbital trajectory calculations indicate that the asteroid came in from the direction of Vega in the constellation Lyra. It is exiting the solar system on a trajectory that will take it into the great square of the constellation Pegasus.

Oumuamua is moving too fast (~26 km/s) for the sun to capture it. At perihelion, its nearest approach to the sun, Oumuamua was moving 87.7 km/s. The asteroid was moving so fast then that it could have traveled the average distance from the Earth to the moon in only 73 minutes! For comparison, the Apollo flights to the moon took approximately three days to go from Earth’s orbit to lunar orbit. New Horizons, the spacecraft sent to Pluto, covered the distance in eight hours. By comparison, if we could drive to the moon at a typical speed of 130 km/h (~81 mph), it would take approximately 123 days of non-stop driving to get there.

Oumuamua has sped up

As detailed in a recent paper published in Nature, the team under lead author Marco Micheli of the European Space Agency proved that the asteroid isn’t moving as it expected. In fact, it passed the orbit of Jupiter earlier than predicted, indicating it accelerated along its trajectory. Oumuamua was approximately 100,000 km farther than could be explained based on purely gravitational interactions. That sounds like a huge distance, but at the asteroid’s speed, that difference amounts to passing Jupiter approximately 64 minutes early. For scale, at its average distance from the sun, Jupiter is approximately 774 million km (~43 light minutes) from the sun. A discrepancy of 100,000 km amounts to only 0.01%, which doesn’t sound like a lot but is measurable. In space, small percentages can rapidly become a large number in absolute terms.

Astronomers have spent weeks analyzing the discrepancy between Oumuamua’s observed trajectory data and the predicted position. In their paper published in Nature on June 27, 2018, Marco Micheli and his colleagues reported how they identified the reason for Oumuamua’s acceleration. After ruling out effects from “solar-radiation pressure, drag- and friction-like forces, interaction with solar wind for a highly magnetized object, and geometric effects” due to the shape of the asteroid, they concluded that Oumuamua accelerated due to “comet-like outgassing.” This means that Oumuamua vents gases when heated in a similar manner to a comet.

Oumuamua passed Jupiter’s orbit in early May 2018. It will cross Saturn’s orbit in January 2019, Uranus’s in August 2020, and Neptune’s in June 2024. By late 2025 Oumuamua will reach the outer edge of the Kuiper Belt, and then the heliopause boundary—the edge of the solar system—sometime in November 2038.

— Steven contributes photography and general science articles to GotScience. He keeps his small garden pest-free with ladybird beetles, lavender, and sometimes soap. Steven is interested in astronomy, dinosaurs, raptors, and all things related to Calvin and Hobbes.