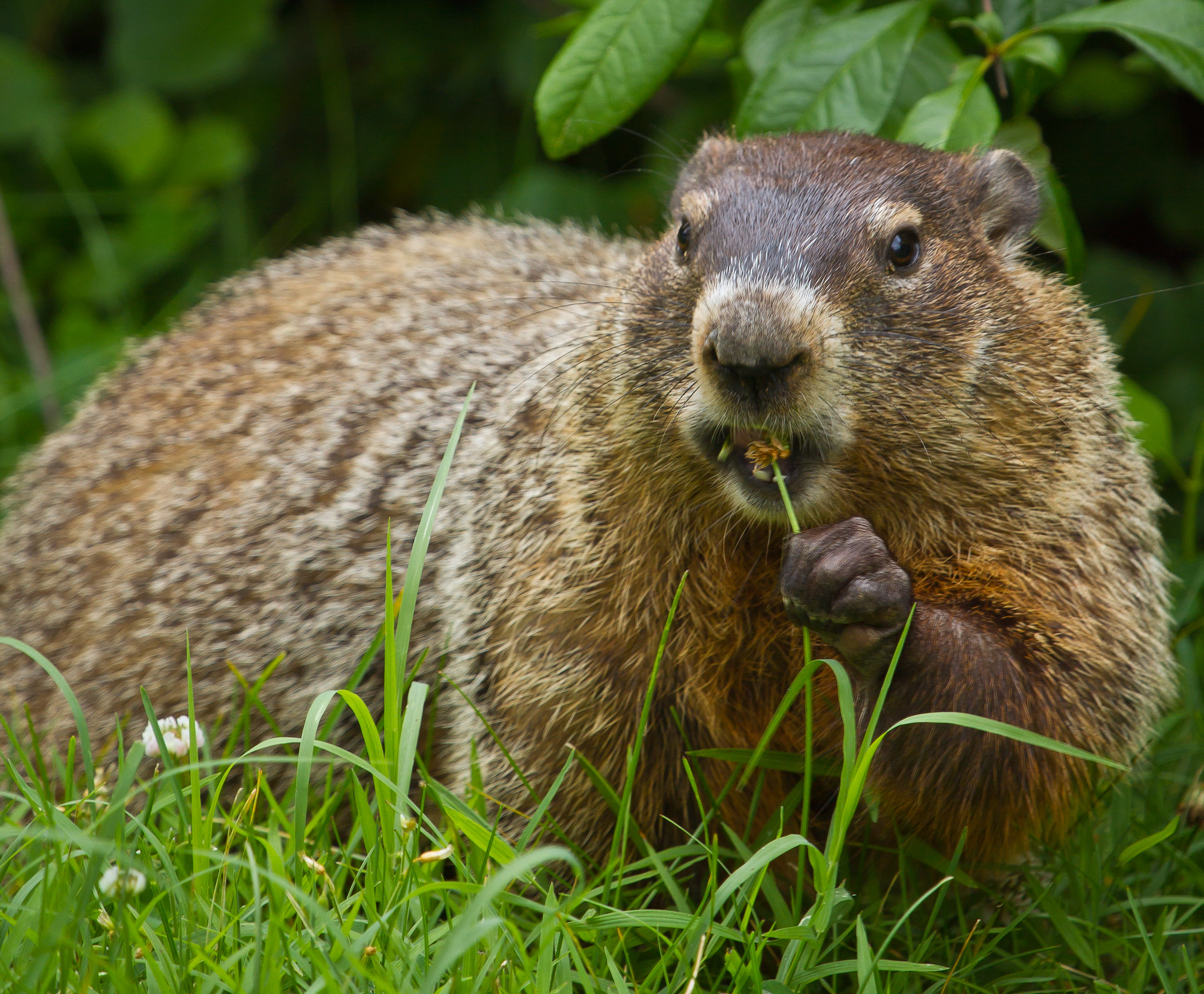 Scientists have used new technology to analyze a fossil of one of the first mammals. The fossil reveals how the ancient animal lived and gives us clues into the evolution of mammals.

About 70 million years ago, in the heyday of the dinosaurs, a groundhog-like mammal lived on the island of Madagascar. Weighing an estimated 20 pounds (9 kg), it was the largest mammal of its time.

The ancient mammal is named Vintana sertichi. Its fossilized skull was found in a geological formation that was deposited when a great variety of dinosaurs roamed the earth. With a skull that is almost five inches (125 mm) long, it was double the size of other mammals alive on the southern supercontinent, Gondwana, during the Age of Dinosaurs.

Using modern technology, scientists have been able to analyze the fossilized skull and make some exciting discoveries about the diet, lifestyle, and relationships of this ancient mammal.

Vintana’s massive chewing muscles would have produced much stronger bite forces than modern rodents of similar body size. Based on characteristics of its jaws and teeth, this ancient mammal was equipped to munch on a diet of roots, seeds, nuts, and fruits.

Specialists have conducted a comprehensive analysis of the skull using micro-computed tomography (CT) and scanning electron microscopy to reveal very small anatomical details in the brain case, nasal cavity and inner ear. The findings suggest that this early mammal probably had large eyes, the ability to hear high frequency sounds, and an excellent sense of smell.

Vintana belongs to a group of early mammals known as gondwanatherians. Until now, very little was known about these creatures. Unearthing the first well-preserved skull has given scientists the first clear insight into the lifestyle of gondwanatherians.

The well-preserved skull has opened the door to a wealth of insights into the life habits and relationships of early mammals of the Upper Cretaceous age, according to biologist Elizabeth Dumont of the University of Massachusetts Amherst. “My part in this huge interdisciplinary effort was to reconstruct the skull and model the mechanics of chewing and estimate the animal’s ability to eat different kinds of foods.” Dumont is an expert in jaw structure and bite mechanics.

Fossil evidence of the evolution of mammals show that our early ancestors lived alongside dinosaurs such as Tyrannosaurus rex. “We know next to nothing about early mammalian evolution on the southern continents. No paleontologist could have come close to predicting the odd mix of anatomical features that this cranium exhibits,” says David Krause of Stony Brook University.

Researchers reconstructed the cranium from CT scans by carefully moving crushed bone fragments back into place and filling in missing bone with mirror images of the same bone from the other side of the skull. Dumont reconstructed the animal’s chewing muscles based on comparison to modern rodents. She also used engineering-based models to predict how the jaws moved and how hard the animal could bite.

The discovery shakes up evolutionary biologists’ views of mammalian evolution. Krause says Vintana “reshapes some major branches” of the mammalian family tree, grouping gondwanatherians with others that have been difficult to place. With the addition of this new information on cranial anatomy of gondwanatherians, the researchers also explored possible relationships to other early mammals. They have found strong evidence that Vintana was probably closely related to multituberculates, the most successful mammalian contemporaries of dinosaurs on the northern continents, and early herbivores known as Haramiyida.

Krause and colleagues discovered the skull in 2010. It is only the third mammalian skull to be recovered from the Cretaceous in the Southern Hemisphere. “This work is a real tour de force thanks to the collaboration of many different specialists,” says Dumont.

Madagascar had been an island for over 20 million years prior to the time in which the strata containing Vintana were deposited. The researchers theorize that the primitive and unusual features of its skull are holdovers from when the ancient landmass was cut off from Africa, Antarctica and Australia, and finally the Indian subcontinent.

These research findings appear in the current issue of Nature. The work was supported by the National Science Foundation and the National Geographic Society.