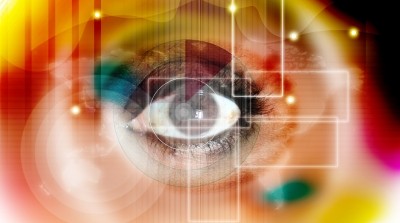 An international and interdisciplinary team of scientists is working on a compact, artificial retina that could someday be used to restore the eyesight of people with retinal degeneration.

The gradual loss of eyesight, often caused by the degeneration of the retina, can be a life-altering health issue for many people, especially as they age. The development of a prosthetic retina, however, could help reverse conditions that affect this crucial part of the eye.

A growing number of medical devices capable of sending sensory signals to the brain are now available to treat a variety of medical conditions, such as retinal degeneration. Among those who may benefit from the new technology are patients with related macular degeneration (AMD), an eye disorder that usually affects people over the age of 60 who have damaged retinas. In such cases, a small and highly efficient replacement retina can mitigate the negative impact on eyesight caused by the condition.

The team is currently trying several different approaches to develop an implant that can “see” light and send visual signals to the brain. Noting that previous replacement retina technologies have had metallic parts, cumbersome wiring, or low resolution, the team set about developing a prosthetic that is small, flexible, durable, and highly efficient at stimulating neurons.

To achieve their goal of building a tiny and high resolution artificial retina, the researchers combined semiconductor nanorods and carbon nanotubes to create a wireless, light-sensitive, flexible film that could potentially replace a damaged retina. When the film was tested, the team found that it absorbed light and triggered neuronal activity.

There is more work to be done before the replacement retinas are available for transplant, but for patients with AMD and other forms of retinal damage, there are positive signs that better treatments for their conditions are on the way.

The research is published by the American Chemical Society journal Nano Letters.