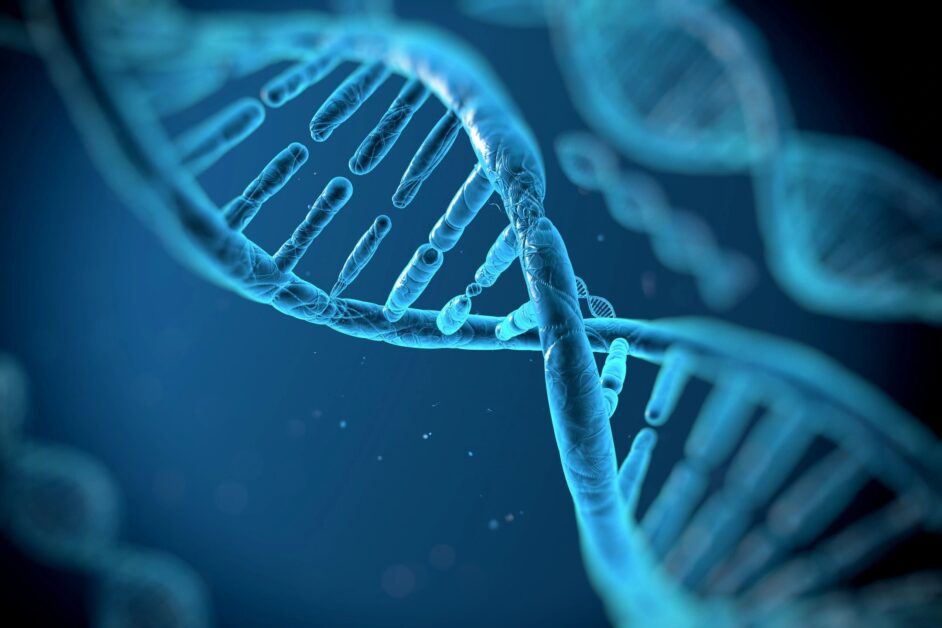 The diets of mothers and fathers affect how their children’s genes work in a process called epigenetics.

The direct translation of epigenetics is “above” genetics. Our epigenetics do not form part of our DNA code, but rather involve molecules, often referred to as “marks”, that  give instructions for specific genes to be activated or suppressed. Our epigenetics can be influenced by external factors such as nutrition, lifestyle and environment. When these  factors influence either  the father’s sperm cells, the mother’s egg cells or the fetus during pregnancy, this can lead to epigenetic changes in the offspring.

Here we will look into how the diets of mothers and fathers of mice and humans have influenced their offsprings’ epigenetics and health.

In a study published in June 2021, two groups of genetically similar female mice were fed different diets. One group was fed a diet containing omega-3 fatty acids, and another group a diet containing omega-6. After a couple of weeks, the female mice were bred and the mothers maintained these diets during pregnancy. The female offspring of the two groups were studied and compared.

In the offspring of omega-3 fed mothers, many cancer-fighting genes were more activated compared to the mice whose mothers were fed omega-6. It was further shown that these activated anti-cancer genes had different epigenetic marks on them. The offspring of omega-3 fed mothers also developed smaller tumors with delayed growth compared to the other group, showing that they were protected against breast cancer development to a certain extent.

Did you know that proteins affect 10 billion of your blood cells every day?

In a study published in June 2016, two groups of mice were selectively bred. In one group, obese males were mated with lean females and in the control group, lean males were mated with lean females. Three generations of mice were generated. Neither the sons nor the grandsons used in this study inherited genes that could make them susceptible to obesity. The three generations of mice from the two groups were studied and compared after being fed either healthy or high-fat diets.

After being fed a high-fat diet, the sons with obese fathers developed more body fat  and displayed insulin resistance, which was not seen in sons with normal-weight fathers. Even when they were only fed a healthy diet, the sperm of sons with obese fathers contained different epigenetic molecules compared to the control group. Interestingly, all of these characteristics were also seen in the second generation of obese males, showing that the effects of diet can be passed on to two generations.

This shows that the diet of male mice affected more than one generation, not because of the inheritance of the DNA code, but due to epigenetics. These traits were, however, not seen in the third generation, meaning that there is a limit to the extent to which these epigenetic traits are passed on. These characteristics were also not seen in female descendants, and might therefore be gender-specific.

During the winter at the end of World War II in 1944-1945, individuals in Western Netherlands were exposed to a famine known as the Dutch Hunger Winter. Since then, scientists have been trying to understand how this event has impacted the descendants of people who suffered through the famine .

One such study was published in 2008, where scientists looked into how prenatal famine of mothers had affected the epigenetics of their children sixty years later. Siblings of the same sex that were born before or after the famine served as controls. For this study, scientists looked into the insulin-like growth factor II (IGF2) gene, which plays an important role in embryonic development.

Individuals whose mothers were exposed to famine within a month before conception or early during pregnancy had different epigenetic marks on regions of their IGF2 genes compared to their control siblings. In contrast, individuals whose mothers were exposed to famine later during pregnancy did not contain these epigenetic marks. This means that the specific stage of her offspring’s development during which the mother experiences famine plays a role in how their epigenetics are affected.

Obesity in human fathers affects the epigenetics of offspring

The IGF2 gene was also found to be changed by the father’s lifestyle.

In a study published in 2013, mothers who gave birth at a specific hospital were asked to provide details about the biological fathers of their newborns. The scientists then studied the epigenetics of these newborns and investigated correlations with their parents. They found that newborn babies with obese fathers had significantly different epigenetic marks on their IGF2 genes compared to those with normal-weight fathers.

Interestingly, the types of epigenetic marks on IGF2 genes of the newborns with obese fathers were similar to those seen in individuals whose mothers experienced famine during early development of their children. This type of epigenetic marks has been shown to be associated with heightened risks for developing certain types of cancers in other studies.

These findings show that the diet of both the mothers and the fathers can affect the epigenetics and health of their children. By maintaining a healthy lifestyle, we therefore not only benefit ourselves but could also benefit our children.

It is important to note that, due to influences of cultures, environment, and habits, identifying the extent to which parents’ lifestyles affect human epigenetics is challenging. The use of animal models is therefore helpful, as in their case, these factors could all be controlled. However, due to species differences, we should be cautious before assuming that the findings of mice studies are directly applicable to humans. These findings could, however, be reason for further investigation in humans.

Virus DNA in Humans: What’s in Your Genes?

Litia Yssel earned her Master’s degree in Genetics at University of Pretoria. She enjoys reading scientific articles, and is especially excited about viruses and anything that has to do with genetics. Connect with her on LinkedIn.