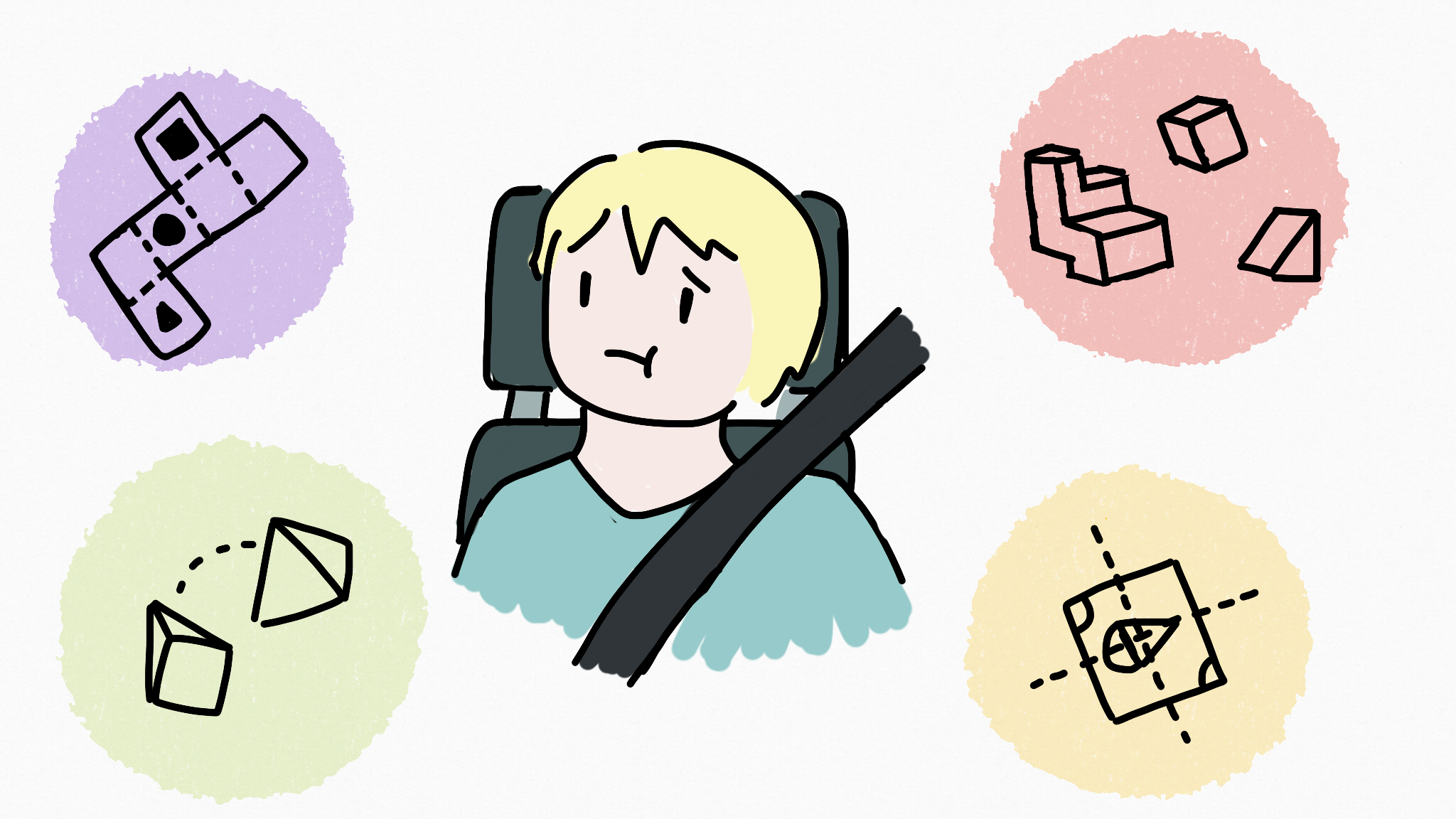 If you’ve ever felt queasy while on a train or boat, you’re definitely not alone. Motion sickness is extremely common—according to the National Library of Medicine, around one in three are considered highly susceptible. Those with the condition know how otherwise pleasant activities can quickly turn sour. Being vulnerable myself, I’ve often felt dizzy on long bus rides, got nauseated while at the movies with friends, and once hurled over the side of a canoe. (Not my finest moment.)

However, this unpleasantness may soon fade away, thanks to a team of researchers at the University of Warwick. Through a detailed study, they found that training the brain with certain puzzles doesn’t just improve your intellect—when done before a commute, they could lead to dramatic reductions in feelings of motion sickness.

The science behind motion sickness

Normally, information on your surroundings is taken in by your sensory organs. Each of these organs then signals the information to your brain, which uses it to make decisions and accurately control the parts of the body. However, in a vehicle like a bus, this process can soon go awry.

Because you’re bumping along the road, your inner ear (responsible for perceiving balance) senses that the body is in motion. But because the inside of the bus always looks the same, your eyes sense that everything is still. When these two organs deliver their signals, the brain receives contradictory information. This confusing situation can cause the brain to lose some of its control, resulting in unwanted symptoms such as sweating, dizziness, and the ever-dreaded puking.

This phenomenon, called sensory conflict, also explains why some get sick at the movies—the inner ear senses that the body is still, but the eyes, fixed on the screen, perceive lots of movement. It also explains why reading or studying in a vehicle can worsen feelings of nausea. When your eyes look at fixed words on a page, they sense an even greater degree of stillness—widening the discrepancy between different sensory signals and causing increased confusion.

Could there possibly be a way to lessen the effects of sensory conflict in the brain, preventing symptoms of sickness from arising? Researchers at the University of Warwick decided to test out a potential solution.

Getting back on track

In order to help the brain regain control, researchers looked to the potential of visuospatial skills. Also known as simply spatial skills, this refers to the mind’s ability to comprehend, as well as visualize, how objects function in the space around them. Spatial skills include imagining how an object will look from different perspectives, picturing how pieces might fit together, and figuring out how to arrange a set of items.

Because many of these skills involve moving or rotating an object in your head, they’re a major way in which your brain works with motion. Since sensory conflict also has to do with how movement is perceived in the mind, it might be linked to one’s level of visuospatial ability. The researchers at Warwick decided to explore this potential relationship further; more specifically, they set out to determine whether improving one’s spatial skills could lead to reduced feelings of motion sickness.

In their experiment, researchers first measured a group of participants’ initial levels of travel sickness. In order to do so, they drove each participant on a 30-minute route while having them read a series of paragraphs on a screen in the car.

Each participant’s level of motion sickness was measured via two questionnaires—one completed during the ride, and another completed right after. The participants were asked to rate on a numerical scale their feelings of overall illness, as well as the severity of individual symptoms such as nausea and disorientation.

After this first drive, participants were then divided into two groups. The first group was allowed to resume their normal activities, and the second group was given visuospatial training tasks. This training was in the form of test questions (examples of similar questions are shown below). You may recognize a few of them as being comparable to some of the “brain games” in puzzle books.

All participants in the second group were given 15 minutes of training per day, for a total of two weeks. Afterwards, participants in both groups underwent the same car ride and reading task a second time, filling out the questionnaires once again.

At the end of the study, researchers found that those who did not receive training experienced almost no difference in motion sickness between the first and second car rides. However, for those who did receive training, feelings of illness decreased dramatically—on average, participants experienced over a 50 percent reduction in overall motion sickness after completing the test questions. Participants also underwent significant reductions in all individual symptoms, including a 57 percent drop in disorientation and a 68 percent drop in nausea during the second ride compared to the first. Researchers theorized that the training improved the brain’s understanding of movement, which equipped it to better handle motion-related sensory conflict.

The use of visuospatial brain games has proven itself to be a promising method for travel sickness relief—although not 100 percent effective, it’s still been shown to significantly improve passengers’ feelings of well-being. It also has a plethora of advantages—it’s accessible, cost-effective, adaptable for kids, and gives the brain a bonus boost.

In the meantime, more research has been suggested to explore this method further, such as looking more into its underlying mechanisms and finding ways to increase its effectiveness. Though it needs more work, it’s definitely got great potential to become the new way to manage motion sickness.

So if in the future you ever plan a long trip or commute, try looking up some spatial puzzles and having a go at them. It might just make the ride a whole lot smoother.

This study was published in the journal Applied Ergonomics.