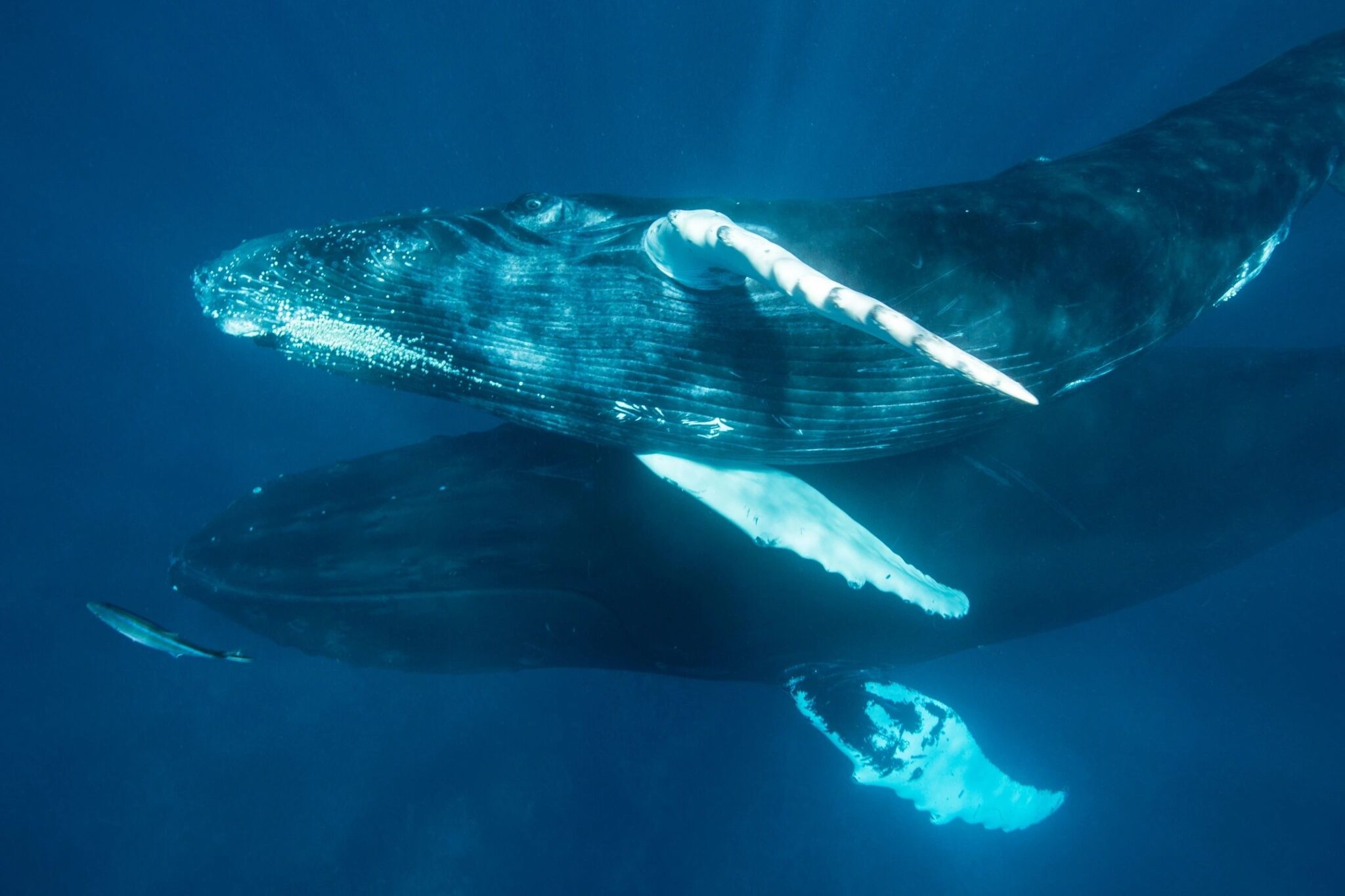 You might feel satisfied with your consumer choice after buying fish with a “dolphin-friendly” label. But you might want to look closer. It is likely that your tuna fishery is not actually friendly to dolphins, because most “sustainable” fishing labels do not consider the welfare of marine mammals, an issue that has long been neglected from fishing policies. The well-being of marine mammals such as whales, dolphins, and porpoises—considered highly sentient animals—concerns more than how many are killed as a result of being caught accidentally in commercial fishing nets and hooks (referred to as incidental bycatch) or through entanglement. Even when marine mammals do not die in these events, many suffer from stress and injuries—described as sublethal effects—which impair the remainder of their lives. For instance, a 2008 report revealed the plight of the common dolphin in European waters: 41 percent suffered from broken beaks (among other injuries) as they were caught in fishing gear. These sublethal injuries and other consequences of incidental bycatch are largely overlooked by commercial fisheries, and most “sustainable” labels only consider the sustainability of the targeted catch, ignoring any harm to incidental bycatch.

In an article published last November in Frontiers in Veterinary Science, Sarah Dolman, the bycatch programme coordinator at Whale and Dolphin Conservation (WDC), and Philippa Brakes, a PhD student at the University of Exeter, who is also affiliated with WDC, argue that the welfare of bycaught individuals has been overlooked by fisheries and legislation. In fact, they claim that the problem of marine bycatch is decades behind advances in farm animal welfare and slaughter practices. They write, “The animal welfare consequences of the incidental capture of cetaceans and other protected marine wildlife would not be tolerated in terrestrial farming practices. Commercial-scale fishing is the last human activity targeting wildlife (fish) where slaughter includes incidental take of other large sapient wildlife on such a regular basis and on this scale.”

Studies have shown that even when entanglement is not lethal, it is stressful enough to trigger a behavioral and physiological stress response. One such study, published in 2017 in Endangered Species Research, examined the concentrations of glucocorticoid hormones—which are released during stress—in the feces of chronically entangled right whales, some of which carried fishing gear on their bodies for years. The researchers found “sky-high” levels of hormones in these whales, compared with their healthy counterparts or those killed quickly due to vessel strikes. “These levels show stress from extreme physical trauma. It’s an animal welfare issue,” says lead author Rosalind Rolland in a press release.

And even for whales that manage to escape from their ordeal, researchers have documented behavioral alterations and reductions in feeding, growth, or reproduction, all of which could lead to reduced long-term survival.

Changing the government’s approach to [marine mammal] welfare is an essential precondition to achieving legitimate and effective standards of animal protection.

A prime example of the lasting effects of sublethal impacts is in the Eastern Tropical Pacific. In this region, fisheries (mainly purse seine) have killed more than 6 million dolphins since the 1960s. Even though these deaths have dropped to about 1,000 a year, the populations are not showing signs of recovery from the bycatch levels in past decades, with the calf production rate having been declining since the 1980s.

This may be due to sublethal impacts, such as “stress-induced abortion and separation of mothers and calves,” Dolman tells Science Connected, pointing out that even “preventing population-level impacts does not necessarily mean that the pressure on the population is relieved.” So, the effects are more far-reaching than one might expect.

Dolman and Brakes call for making animal welfare considerations a central tenet in policy making for fisheries. “Activities that put animal interests at risk should be independently regulated. Changing the government’s approach to welfare is an essential precondition to achieving legitimate and effective standards of animal protection,” they assert.

The only way the suffering of cetaceans—which comprise mostly whales, dolphins, and porpoises—can be reduced is by preventing entanglement and bycatch, Dolman and Brakes contend. To achieve this, they suggest that policies and decision making must address the sublethal costs beginning with better documentation and a timeframe to reduce bycatch. Fishers can be engaged with incentives to document and report entanglements, accommodate independent observers on board or use electronic monitoring, and implement solutions to reduce bycatch.

Mitigation measures will depend on the type of fisheries involved and where they are located. Greater research must be poured into effective solutions. While some solutions may be as simple as fishing only during the day, others, such as the use of pingers on drift nets and trap doors in trawl fisheries, may have unintended welfare effects and need to be carefully assessed.

Effective harm reduction, the researchers say, can be achieved through coordinated action by a range of stakeholders including fishers, researchers, managers, conservation groups, and engineers. Dolman and Brakes say that together these stakeholders can “develop a combination of changes in fishing practices, modification of fishing effort, technological gear fixes, and international agreements that, together, can monitor and mitigate bycatch.”

They also urge fisheries and seafood certifications to incorporate marine mammal welfare issues from incidental bycatch: “A major effort to educate seafood consumers as to the chronic and widespread welfare concerns that marine mammal bycatch and entanglements represent would help achieve their mitigation through consumer pressure.”