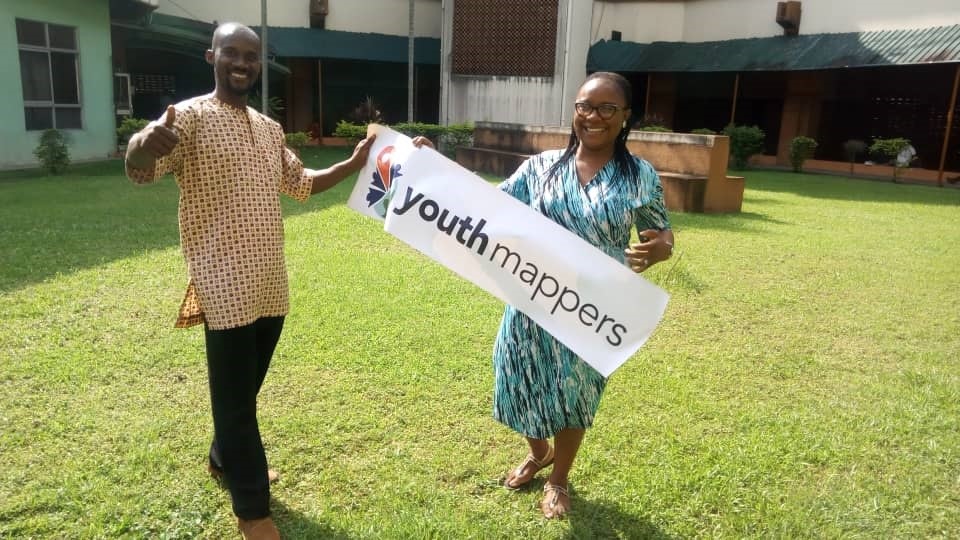 Stall Catchers, a gamified way of contributing to Alzheimer’s research, is going big! Working with SciStarter, the School for the Future of Innovation in Society at Arizona State University, the Citizen Science Association, the National Network of Libraries of Medicine Pacific Southwest Region, and other partners, Stall Catchers is activating the Megathon during Citizen Science Day hon April 13.

New players can join the thousands who have already zoomed through mouse brains, helping find clogged blood vessels that may lead to Alzheimer’s. While you play, you can exchange messages with other online players using the chat box on the far right side of the screen. Who might you encounter when you play Stall Catchers? I spoke with three incredible catchers to find out…

“The concept of mapping is usually about tracing buildings and routes, but now I’m introducing them to a new idea, and it’s all about mapping the brain!”

After a flood in Rivers State, Nigeria, a volunteer geographic information team began gathering data on buildings and routes. They mapped the population density in the region, estimating where the flood had affected the most people. The founder of this group was Victor Sunday, who established the ‘Unique Mappers Team‘ while studying for his PhD at University of Nigeria, Enugu and working at University of Port Harcourt, Port Harcourt.

Victor was originally interested in the intersection of geographic information systems (GIS) and crowdsourcing with Open Street Map, but when EyesOnALZ called out for large, organized teams of citizen scientists during the first International Catchathon, Victor thought the Unique Mappers would be up for the challenge of mapping stalled blood vessels in the brain. Moving from streets and kilometers to vessels and micrometers, Victor gathered the group of undergraduates, post-graduates, and Rivers residents on the day of the big catchathon. Members of the team were hooked, staying active on the game even after the competition ended.

Today, Victor organizes more than 500 citizen scientists who map floods with Open Street Map and vessels with Stall Catchers. “I discovered that I had to not only mobilize a crowd, but also to sustain the community,” Victor said. He engages with the Unique Mappers through a group chat that was buzzing with messages as Victor and I spoke.

In the coming year, he plans to grow the enthusiastic group of mappers (especially reaching out to women mappers!) in Nigeria and to develop the new Zimbabwean chapter of the team. When Victor is not working with the mappers, he lectures at the university, participates actively in Nigerian Environmental Society, and coordinates professional activities for the Geoinformation Society of Nigeria in Rivers State, and The Institute of Certified Geographers of Nigeria(ICGN). If he has a moment to spare, he spends time listening to Christian music and swimming.

“So my grandson comes in and he goes ‘what are you doing?’ — so bewildered. I drew a little picture of a vein and a blockage, and his eyes go as big as dinner plates, and he goes ‘You’re a scientist!’”

Carol Prinz is the gaming grandma. “Mema” to her grandchildren, Carol has been a stay-at-home mom for thirty-five years and a gamer since the early nineties. “My husband upgraded our computer way back when we had floppy disks. When the CDs turned into games, oh lord I had a plethora of games just for myself!”

Since then, she’s switched to gaming online. Carol had a nightly routine of playing hidden object games when her husband recommended something he had seen in a PBS documentary. “He’s big into documentaries; he stays up very late watching all kinds. I got up one morning, and he goes, ‘Have I got a game for you!’”

Carol’s husband had seen the EyesOnALZ special. “He broached it to me like finding the hidden object.”

Carol told me that at first, she was intimidated by the scientific aspect of the game, but after doing a bit more research, she realized she could look at the stalled blood vessels as hidden objects she needed to find, as if she were playing a video-game version of I Spy. Now, she plays few hundred videos every single day. In fact, Christmas was the only day she missed last year. In classic Carol worker-bee fashion, she logged on December 26 and made up for her missed time by completing 600 videos.

She doesn’t have a personal connection to Alzheimer’s, but as a survivor of breast cancer, she believes that “when you have crisis you take stock of where your life is going, where it’s been, and how many people are giving just to give,” so she tries to make each moment count. When she’s not mapping, she finds time to sew and crochet her own clothing, make folk art, and spend time with her family.

“We crowdsource research questions, not from the scientific system, but from laypeople.”

Have you ever sifted through symptom lists of WebMD, only to realize that science hasn’t figured out the answer to your problem yet? Luckily, Dr. Benjamin Missbach helped create an avenue for you to ask your unanswered questions. He’s a project manager at the Ludwig Boltzmann Gesellschaft Institute (LBG) with “Tell Us!” , a portal where clinicians, patients, and the general public can submit questions to scientists. The most popular topics are then shared with biomedical researchers throughout Austria who base experiments on the submitted ideas.

In hope of connecting with other innovative crowdsourcing projects, Ben reached out to Pietro Michelucci of EyesOnALZ. He loved the idea of getting Austrian citizen scientists involved in stall catching, but when he signed up for the International Catchathon… he realized his wedding was the same day! Catching stalls was important to him, so he logged on to the site immediately after exchanging vows (Just kidding!). Instead, Ben organized an Austrian Catchathon on a more convenient date, with eighty participants mapping stalls that day. Though he is expecting his first child soon, the due date isn’t near April 13, so he won’t be video conferencing us from the newborn nursery with a Megathon baby.

When I asked Ben what led him to such a unique role at the LBG, he explained his winding career path. After a bad knee injury during his first career in professional basketball, he realized he wanted a more sustainable profession. He got a PhD in nutritional sciences, but rather focusing on primary research, he made it his mission to improve the research process. He became an open science project manager, working to change the way Austria does citizen science.

When you try out the game, see if you run into someone from Austria who has submitted a research question to Ben’s project. You may also encounter a member of the Nigerian Unique Mapper’s team. Maybe you could ask Carol a question about a surprising stall video — she’s a bit shy and might not say much in the chat box unless you ask!

Don’t forget to log on during the Megathon on April 13 to participate in a once-in-a-lifetime citizen science event! People across the United States and around the world will be playing Stall Catchers from 1:30-3:30 EST. Sign up on Megathon.us today.

Featured Image: Victor Sunday and a member of the Unique Mappers team, courtesy of Victor in Port Harcourt, Nigeria.

Nina Friedman researches neuroscience with the Moore Lab at Brown University. Find her on twitter @ngfriedman138.