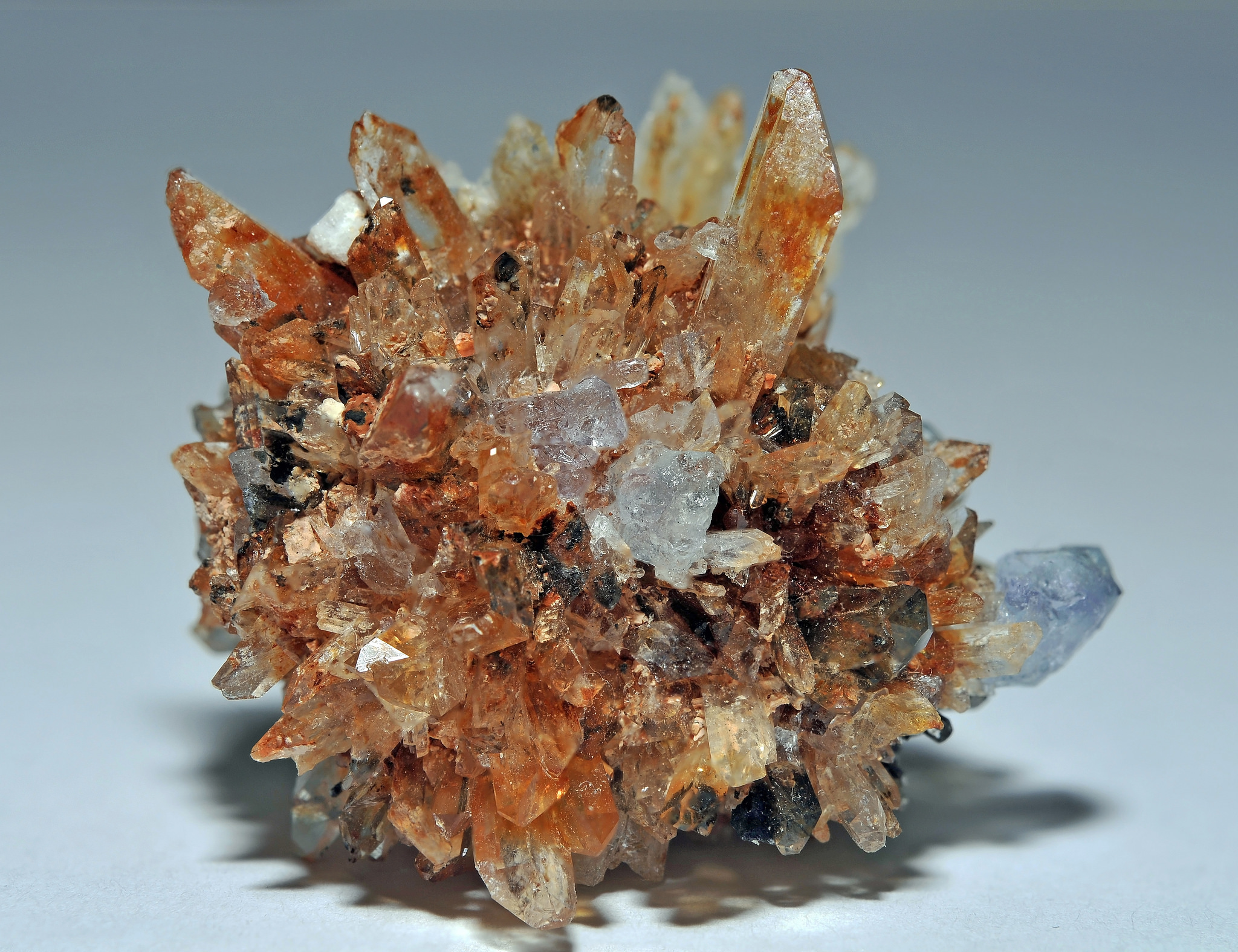 There are currently 5414 known minerals, from abellaite to zykaite. But what exactly are minerals? And how do we use them?

There are currently 5414 known minerals, from abellaite to zykaite. But what exactly are minerals? And how are they used in our everyday life? A mineral is a naturally occurring element or compound that is solid at room temperature and has an ordered atomic arrangement. Since some people get minerals mixed up with rocks, here’s a simple analogy you can use to memorise the distinction: minerals are like Lego blocks—they come in all sorts of shapes, sizes, and colours; rocks, on the other hand, are like Lego models—they are made up of one or more blocks.

How do minerals form?

Minerals need three things to crystallize: a sufficient amount of the right elements; favorable conditions  like temperature, pressure, and pH; and enough time for the elements to come together and form the mineral.

When magma, which is molten rock below the Earth’s surface, rises, it cools slowly over the course of decades to millions of years, which gives minerals such as those in Fig. 1 (below) enough time to grow to large sizes. However, lava, which is molten rock that has erupted onto the Earth’s surface, cools in minutes to years, and so the minerals don’t have enough time to reach a large size and are usually hard to see with the naked eye.

Yet another process leading to mineral formation is metamorphism—the transformation of rocks via heat and pressure. The process, which takes place during burial or when rocks are heated by a nearby volcanic source, can cause the molecules in rocks to rearrange and form new minerals, like garnet and kyanite.

Minerals can also precipitate from fluids. Groundwater that has been heated by volcanic activity can dissolve the minerals in the rocks through which it travels. Once the water cools, the minerals precipitate from the fluid. They can also form through water evaporation if the water contains the right substances dissolved in it. For example, when salt water evaporates, sodium and chlorine atoms combine to form halite crystals.

Perhaps surprisingly, living creatures can produce minerals as well. Oyster shells are made from calcite; extinct arthropods that lived from around 521 to 251.9 million years ago called trilobites had calcite eye lenses; and our bones and teeth contain apatite!

Over 5,000 minerals sounds overwhelming, but luckily there’s a classification scheme that makes the study of minerals more manageable. In 1941 German mineralogist Karl Hugo Strunz published his Mineralogische Tabellen, in which he presented a scheme for grouping minerals based on their chemical composition. According to the scheme, which has been revised many times over the years and is now called the Nickel-Strunz Classification, minerals can be divided into ten classes:

If you take a close look at the formula of a mineral, you should be able to determine which class it belongs to.

The overall shape of a crystal or a group of crystals is called the habit. The conditions during formation can produce minerals with euhedral (well-formed), subhedral (half-formed), or anhedral (poorly formed) crystals. The minerals in Fig. 1 are anhedral because there wasn’t enough room for them to grow properly, unlike the euhedral ones in Fig. 2, which had more favourable growing conditions.

From red rubies to purple amethysts, minerals come in all colours of the rainbow, and each colour has different causes:

The color of a mineral in powdered form is usually more consistent than the solid form. A streak test is used to determine the color of the mineral powder, and this is carried out by dragging a mineral on an unglazed tile.

The hardness of a mineral is its ability to resist being scratched. It is tested by using the Mohs hardness scale, which was developed by German geologist and mineralogist Friedrich Mohs in 1812. The Mohs hardness scale consists of ten (listed below) rated from one (the softest) to ten (the hardest). A mineral with a low hardness can be visibly scratched by a mineral with a higher hardness. For example, calcite (3) can scratch gypsum (2), but it can’t scratch fluorite (4).

Other properties include fluorescence (the emission of light of a different wavelength when exposed to UV light), cleavage (the way in which minerals break along planes of weakness), and twinning (the intergrowth of crystals that share the same crystal points).

Minerals in our everyday life

Minerals have been used by humans for millennia as—among other things—ores for important resources, decorative objects, and sources of industrial chemicals. Many objects of everyday use have components derived from them. To demonstrate how dependent we are on minerals, let’s imagine a typical morning.

Your alarm clock wakes you up at 7:00 a.m. You brush your teeth, have a shower, get dressed, and put on your favorite piece of jewelry. While eating breakfast and listening to your favorite album with the headphones on, you fill in the daily crossword puzzle and check your phone for messages.

Now, let’s see what minerals you’ve used before you’ve even left the house:

Although this list isn’t exhaustive, it does demonstrate how vital minerals are to our society.

—Nadine Gabriel a recent UCL Geology graduate and an emerging museum professional. She is a Geology Collections Assistant for the UCL Earth Sciences Department and a Fossil Mammal Collection Volunteer at the Natural History Museum, London.

The featured image in this article shows a mix of creedite, fluorite, and hematite from the Navidad Mine (Mina Navidad ; Abasolo Mine ; Rodeo Mine) Abasolo, Rodeo, Mun. de Rodeo, Durango, Mexico. Image by Géry Parent via Flickr.