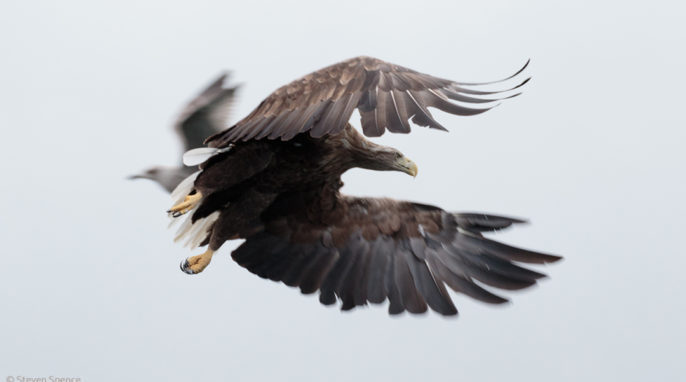 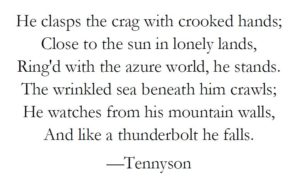 Two Names for One Eagle: Which Is Right?

Scientifically known as Haliaeetus albicilla, these large raptors are commonly known as sea eagles or white-tailed eagles. “Sea eagle” is an accurate translation of the genus name, Haliaeetus, while “white-tailed” is accurate for the species name, albicilla. Since I saw these eagles in Norway, I shall refer to them as sea eagles, which is what the locals called them (Norwegian: Havørn).

Where Do Sea Eagles Live?

Sea eagles live in Eurasia and occupy a similar ecological niche as bald eagles in North America. According to BirdLife International, the European population is 50 to 75 percent of the global population. European breeding pairs are in the range of 9,000 to 12,000, with more than half in Norway and Russia. The total European sea eagle population is estimated at 18,000 to 24,500 mature individuals.

Except in the extreme north of Norway and Russia, these birds are year-round residents. Sea eagles are also found in sizeable populations in Greenland, Sweden, Poland, and Germany. They are found in smaller numbers in Iceland, the UK, all the countries along the Baltic, parts of central and eastern Europe, the Adriatic, Greece, Turkey, and Iran. In Asia, populations are found in China and Japan.

Many of our readers may be familiar with bald eagles. Bald eagles, white-headed sea eagles, and these white-tailed sea eagles are considered a “species pair,” which means that they are very closely related, although they are not known to interbreed. The Eurasian sea eagles are very large birds, having on average the largest wingspan of any eagle. A bald eagle typically has a somewhat shorter wingspan but is longer overall due to a longer tail. The sea eagle has a typical wingspan of 1.8 m (5.91 ft) to 2.45 m (8 ft), weighs 3 kg (6.61 lb) to 7 kg (15.54 lb), and is 66 cm (26 in) to 94 cm (37 in) long. Males are on average smaller than females.

Sea eagles pair for life. They are known for spectacular courtship displays, locking their talons together in midflight and tumbling to earth. The eagles build their nests in trees or on coastal cliffs. They are very territorial and will often use the same nests year after year. In fact, a nest in Iceland has been used by successive generations for over 150 years.

Pairs lay a clutch of one to three eggs in March or April. The eggs are usually laid two days apart. Incubation time is 38 days. Both parents incubate the eggs. Approximately 12 weeks after hatching, sea eagles can fly, although they typically remain near the nest for a further 6 to 10 weeks while they learn to hunt for themselves. Food is usually fish, but sea eagles are opportunistic and will eat mammals or other birds, and even feed on carcasses. Sea eagles reach sexual maturity in their fourth or fifth year of life. The maximum reported age is 36 years for a wild sea eagle and 50 years for a captive eagle.

Where Were These Eagles Photographed?

While on vacation in Norway’s Lofoten Islands, I took a cruise on a boat from Svolvaer, Norway, along the coast between Austvågøya (a large island) and Stormolla (a smaller island) up to the famous Trollfjord and back, to see the sights and take photos. The weather wasn’t great, and few eagles came out to play, although there were plenty of gulls. Still, it was worth it for the sights. I did see a few sea eagles, although fewer and much farther away than I had hoped. With luck, I can return one day and observe the sea eagles again.

—Steven contributes photography and general science articles to GotScience. His extensive body of work in nature photography is both beautiful and informative. He enjoys photography, nature, and science, and is an avid fan of Calvin and Hobbes. Steven researches his subjects, showcases his concerns about the environment, and advocates for more biodiversity and fewer pesticides in agriculture.

All photos by the author.