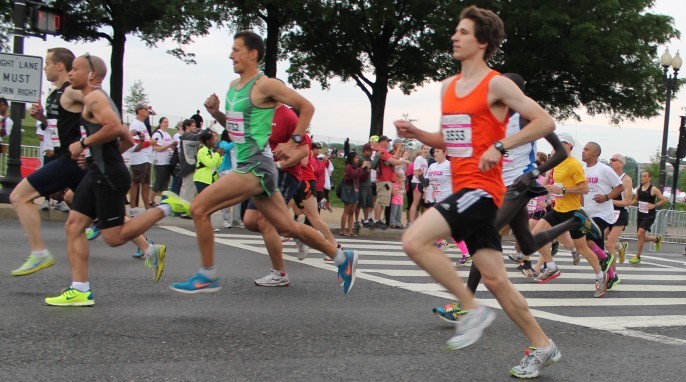 Are you hoping to shed some weight this year? You may need to plan your exercise regime carefully to ensure that you are not wasting your energy by overworking yourself without results.

Although the commonly held notion is that more intensive workouts mean more calories burned, a new study has found that this view is not necessarily correct. The study reports that above a moderate level of physical activity, the total amount of energy consumed in one day by the body tends to level off—that means you don’t burn more calories, even if you increase your physical activity.

When Pontzer and his team were working in Tanzania among traditional hunter-gatherers, they were intrigued to learn that despite having very active lifestyles, the hunter-gatherers had “the same daily energy expenditures as Westerners.” Pontzer also noted that “animal populations in zoos have the same daily energy expenditures as those in the wild.”

“This had us thinking that there must be something interesting going on: that humans and other species may have evolved mechanisms to keep daily energy expenditures within a pretty narrow range regardless of lifestyle and habitual physical activity.”

Although many studies have shown that increasing physical activity leads to a corresponding increase in total energy expenditure, the long-term effects of moderate exercise are more complex.

For seven days, the researchers measured the participants’ total energy expenditure (calories burned per day) using a method that tracks how much carbon dioxide is produced by the body. They measured the physical activity of the participants using a wearable accelerometer. After adjusting for differences such as age, height, sex, body size and composition, and employment in manual labor, the researchers calculated the total energy expenditure for each participant.

The findings suggest that our bodies tend to adapt our daily energy expenditure to ensure that total energy consumed is maintained within a narrow range. The researchers believe the body does this by reducing the energy spent on other activities.

How exactly do our bodies conserve energy levels in response to increased physical activity? The researchers are not sure, but they think one method might be that people change their behavior when they are not engaged in any activity so that they rest more, sit rather than stand for longer periods, or fidget less. On a daily basis, the cells in our body use energy to carry out tasks such as transporting nutrients and waste—processes vital to the proper functioning of our organs. So, another possible method of conserving energy is that our bodies may reduce energy spent on the immune system or reproductive activities. This could also explain the higher-than-expected total daily energy expenditure seen among people who have been confined to bed rest.

One of the “exciting possibilities” of the study, says Pontzer, is that there may exist a “sweet spot” of physical activity that may be just the right amount. He explains that at one extreme, a very sedentary lifestyle may contribute to health risks; at the other end of the spectrum, a highly active lifestyle may compromise your immune system. In between, however, there may be a level of physical activity that is just right, where your “body doesn’t have extra energy to waste on activities that might be harmful, such as inflammation.” But this sweet spot may include a wide range of activity levels and has not been specifically defined.

If you intend to lose weight, arduous workout sessions may not be the way to go. Pontzer says that dietary interventions such as managing calorie intake are a “stronger tool for losing weight,” but he stresses that exercise is still important for weight loss maintenance.

But whether you want to lose weight or not, Pontzer adds that the study emphasizes what we have always known: Exercise is very important for our health and we should all do it. He says that the benefits of exercise go beyond the amount of calories burned.

June 3, 2020June 1, 2020 Science Connectedcoronavirus, COVID-19, isolation, lonliness, shelter in place
Feelings of loneliness are widespread as humanity continues to self-isolate to stop the spread of coronavirus. Watch this video about why...